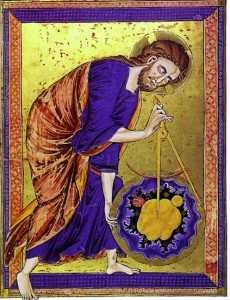 The most complicated spiritual books are the books that use mathematical or physical theories to proof they are Right. The main reason is of course that mathematics and physics is complicated stuff to understand.

Geometry started as a very practical science concerned with navigation in space and the measurement of all kinds of forms. Soon the old scientists discovered interesting and unexplainable patterns. They discovered a hidden, sacred, structure behind reality and started to find ways to proof their intuiton was right.

It was not for nothing that Einstein believed God was a Geometer. Much earlier the Mystic School of Pythagoras tried to find the Sacred Geometry behind the Numbers to understand the Whole. At this moment Geometry has advanced a lot in relation to the old days of Pythagoras and even Einstein. Geometry is now called Topology, the Science of Spaces. In terms of Einstein, God was a Topologist.

To proof the theorems of Geometry the concept of congruency was used. Two figures are congruent if they have the same shape and size, but are in different positions or in more difficult language,  if they can be transformed by a combination of translation, rotation and reflection. When two figures are congruent they are “the same” and when things are “the same” you are able to prove theorems.

During the Renaissance to understand perspective drawing, two things are considered the same if they are both views of the same object. In the Renaissance the perspective, looking from a different angle, was added as a “the sameness”. Circles and ellipses became part of one class.

A “the sameness” has a lot to do with Identities and Wholes. When your view on “the sameness” changes you are able to identify a different whole. The new concept of the Perspective made is possible to “see” the Sun as a persistent object instead of an ever changing object.

During the Renaissance the Sun became the Center of the Whole. The highly confusing worldview of the Middle Ages where something was the same when it really was the same object in reality slowly faded away. The external world became the world of the Eye, the microscope and the telescope.

Topology changed this view dramatically. In topology, any continuous change which can be continuously undone is allowed. So a circle is the same as a triangle or a square, because you just pull on parts of the circle to make corners and then straighten the sides, to change a circle into a square.

In the View of Topology the Sun is nothing but a small part of an ever expanding and contracting Universe. Topology transformed the external World of the Eye into the Internal World of Moving Water, Waves and the Emotions, the Felt Sense.  Topology is the Science that prepares the Way for the Water Bearer, Aquarius.

The major issue of Topology is the Contraction and Expansion of forms and again the essence of spiritual transformation is the Breath of God, the Holy Spirit. Topology has also a lot to do with Harmony or Symmetry and again Realizing Harmony is one of the major issues in Spirituality.

The interesting part of Topology is that you are able to do research on a huge scientific mathematical domain by exploring just one structure which is a representative of all the other structures. 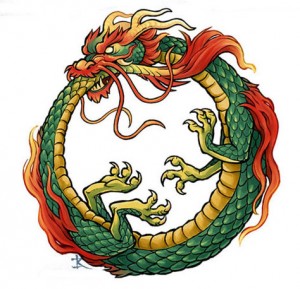 The first object of interest are the Circle and The Line. It is not possible to transform a Circle into a Line without cutting the Cycle in one Point, Infinity.

In a circular, moving world, Infinity is non existent or every Point of the Circle corresponds with Infinity.

This is an  interesting insight because  almost nobody doubts about the fact that the space we live is a Circular Rotating Space. In the World of the Circle  The very Small and the very Big are the Same. 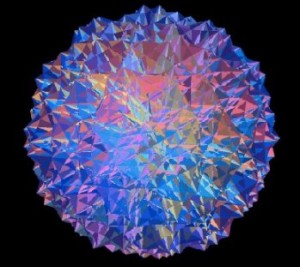 According to the Physicists our Space is a much stranger Space than a Circular Space.

The most symmetric object, strangely called the Monster, uses 196,884 dimensions.

We, the Humans, travel a small part of the Monster, because we are not able to see enough perspectives. A perspective is a dimension.

One of the most interesting subjects is Self-Reference. The most simple Self-Referential structure is a Circle.

Topology contains very special Self-Referencial Structures like the Moebius Ring and the Klein-Bottle. The Moebius Ring is a Space without an Outside. It is closed in Its Self. You always travel the same surface. 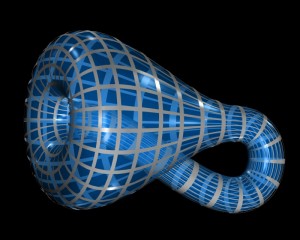 A Klein Bottle is even stranger. Its surface is Closed in Itself but it has no Inside and no Outside. It simply IS.

A Moebius Ring exists in our 3-dimensional space.

A Klein Bottle needs 4-dimensional space. The Klein Bottle has a lot in common with a very old concept, the Ouroburos, the Snake who eats Himself. The Snake is a symbol for the Kundalini, the Force of Enlightment.

More complicated topological structures are Knots and to give you a quick insight, the Universe is a Web that was never Woven, a beautiful Veil that is difficult to See when you are travelling a small part of it.

I know this small blog will not help to get an insight but I assure you that when you start to explore Topology You will encounter new Concepts (or Paradigms) that will surprise You.

Topology will  give You a still small but highly extended perspective on the Creation of the One that expanded in so many Harmonic structures.

The History of Topology

About our Limited Perspective and the Limits of Reasoning

About the Topology of Art, a Short Introduction to Bahktin

About Free Will, Time and the Monster

About the Moebius Ring and the Klein Bottle in Philosophy

About Self-Reference in Physics

About Knots in Philosophy

About the Klein Bottle