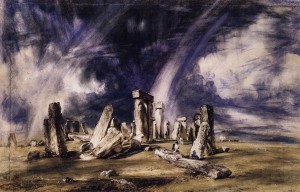 A few months ago I wanted to make an extensive horoscope to learn more about myself, my ex-wife (Merel Visse) and our relationship. I used Astro.com.

There are many choices and I ordered a Jungian Horoscope using a different name. Astro.com uses Archetypes and I believe in them. They are the language of the Unknown.

Much later I found additional features of Astro.com. One of them is a search for look-a-likes in history, People that have the same astrological pattern. I searched for my wife and myself and our look-a-likes were all Artists or Military Man. This started a lot of reflection.

What do Artists and Military Man have in common?

I have always had the urge to become a military man or (better) a Constable. It is not a coincidence (!) that my name is John Constable. (Dutch name : Johan Konstapel). I carry the name of a very famous English romantic painter. I am a strange combination of an artist and a military man.

Constable quietly rebelled against the artistic culture that taught artists to use their imagination to compose their pictures rather than nature itself. Constable was not painting nature he became nature itself. He inspired the French impressionist of late nineteenth century.

I have a lot in common with him. I love to be immersed in Nature. I have created paintings, poetry and have made music (singing I am a counter tenor). I often wish I knew that it was possible to study Art when I was young.

When I was young I was tested to become a soldier. At that time everybody was obliged to serve in the army. The selection process came up with a spectacular result. They wanted me to become a pilot. Airplanes and especially military airplanes were my hobby. I collected photos of them. I did not enter the Army because my parents were pacifists and at that time I believed in pacifism.

I came to the sad conclusion that pacifism is a dream. War is a human affair and will never go away. I started to read about conflict-resolution. War can be prevented by diplomacy.

I applied for the Foreign Office and was almost hired when the ABN-bank offered me a better proposition. Later I realized that my interest in war and conflict were related to the conflicts in my youth.

I was raised by four parents (Father, Mother, Aunt and Grandfather) who were always fighting. I was the very young diplomat trying to create peace at home. Handling real-life conflicts is still a big problem for me (See also my blog about the Unconnected Child). 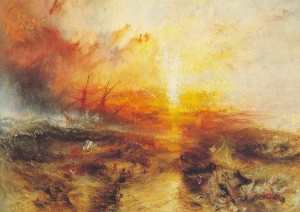 When I started my company 10 years ago I researched the name Constable. A Constable (Konstapel) is an officer at a Dutch military ship responsible for the canons and the powder.

The aim of the Dutch Military was to explore the world finding places to buy and sell (The famous Dutch Trading Company VOC). They wanted to find new horizons and used weapons to protect themselves. They also used weapons to kill their opponents. The Dutch were really very aggressive people that covered their aggression with religion. This made it very simple to find a name, a logo (ship) and slogan “leave no stone unturned”.

I wanted to help people to discover new horizons in their work and later in themselves. Of course this also applied to me and my wife. The company is a vehicle to support our own process of discovery.

I think I have found the answer to the question.

Military man don’t want to fight. They want to play in the War Room with tiny canons, boats and tin-soldiers. The soldiers are not real. They are far away and playing in a movie. When they die they leave the stage and start living again.

Military man are also romantics. They love to practice in nature. They love uniforms. They bring them back to the time when war was a romantic affair with beautifull ladys dressed in white dancing the night away. They want to be pilots and don’t want to kill anybody. They just want to be free like a bird in the sky.

Military man get stressed when war becomes a major personal conflict. Suddenly they step out of their romantic movie in Reality and don’t know how to handle the situation. They know how to solve conflicts from a distance. They observe many of them, create new theories and help others to solve them.

They get into a personal conflict when their work is more important than their personal relationship. They get stressed and because of the stress their relationship slowly starts to disconnect. They become lonely survivors shouting out for help.

What can we learn?

Solving a conflict with your partner creates an eternal band. Avoiding a conflict creates a conflict. Many small avoided conflicts ad up to a crisis. A crisis that is not seen as a accident accelalerates into a war. A war destructs everything even the people that win the war. They are left with the memories. 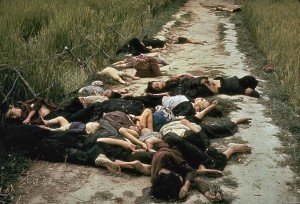 War is a product of stress and stress is created when people stop to create and collaborate. They stop to create when they spend all their time to make money. They spend so much time making money that they don’t have the time to spend the money. When they spend the money they buy things that are almost never used like six cars, two houses etc. They buy to aquire status in the group of other people that are spending their time to make money. They are wasting vital resources.

When people are stressed they slowly disconnect and suddenly their relationship has disappeared. Because they are spending their time to work they are not able to observe this. When something happens that is disturbing their pattern they are also unable to solve the conflict because their work has to go on. They are committed to their boss, their clients, their capital and not to their partner.

What happens in a relationship can also happen in other relationships like companies, society and the world.

If we go on with wasting vital resources and don’t see that the world is moving into a huge level of stress we will suddenly wake up by a crisis that is beyond our imagination. I think we are already in this crisis and it is escalating.

The old slogan of the sixties “Make love no war” has to be changed into “Let’s create a better world together”.

And last but not least.