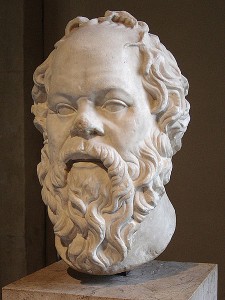 Many people Project their Knowledge of the Now to History. They Think that People Thought the same Thoughts many years ago.

This idea corresponds with the Insights of Micheal Bahktin. He called the central theme The Chronotope, “The place where the knots of narrative are tied”. I used his theory to have a look at the Cultural Cycle of History.

I combined the theory of Bahktin with the Economic Cycle Theory of Kondratiev. To my big surprise Kondratiev and Bahktin use a different periodicity (50, 250 years) of the Cycle but the stages of the Cycle were the same.

What surprised me more what that the periodicities of the Cycles where related by the factor Five. When you know the basic periodicity the only thing you have to do is multiply or divide by five and the same pattern, the Basic Fractal of History, emerges. The Five or the Pentagram shows itself in every culture on Earth. When we transform this structure in three dimensions it shows itself as a Spiral or a Moebius Ring.

A beautiful example of a projection of the Now on History was a visit to the Cave of Lascaux in France. An anthropologist was explaining to us what we were seeing.

The Cave contained many Spiraling Abstract Paintings. She told us that the Cave was used for rituals and the many pictures we saw had a symbolic meaning. I did not believe that because the theory of symbolism was “invented” by de Saussure (1857-1913).

The people that lived in the Cave had no idea of Symbolisms and Symbols. They just painted what they “saw” in the Outside World and the Inside World. If I place myself in their Context I cannot Imagine they were Thinking a lot. I feel they were Experiencing Nature in all his states of Wonder and Terror. Imagine what a beautifull Sky they were experiencing every Night and you will understand why the Sky Father was the major Force they felt.

The people that lived at the time of the Cave of Lascaux always situated their Holy Places at the crossings of important Ley Lines. These Ley Lines represent the Spiraling Knots of the Electro Magnetic Field of the Earth (the Earth Grid) .

Highly sensitive people can still feel the PowerPlaces and it is not strange to assume that the sensitive people at that time (“the Sjamans”) could do the same. Just like the Current Sjamans they could travel Space/Time by performing Rituals (Spinning, Chanting the Sacred Tones), Lucid Dreaming or by eating Sacred psychoactive plants like the Peyote and the Amanita Muscaria (the Soma).

Symbolism was a theme of the Spirit of the Time of a stage in the development of the Kondratiev Wave that operated between 1890 and 1940. It was the time of Standardization (Control, Plan).

The stage before this stage (1850-1890) was related to Energy (Ego, Self, Desire, Fire). It was the time when the Steel Mills were created, the research in Chemistry started and Alexander Noble invented Dynamite. I was able to map every phase of the Kondratiev Cycle to the Cycle of Bahktin.

I started to map the Cycle again with a periodicty of 250 years. The time-interval between 1450 and 1700 is called Renaissance. It is the stage of the Spirit and Ideas. The model fitted.

I went back 5×250 years (200-450). In this time Christianity was created by the Roman Emperor Constantine I. He used the widespread Cult of Mithras to introduce Christianity in the Roman Empire. Again we are in the stage of the Spirit. The Model fitted.

I jumped to a higher level of the Cycle (The Cycle of Civilizations) and travelled further back in time. I arrived at the time of the Cave of Lascaux. At that time many caves contained “abstract pictures”. The pictures look like Spiraling Spirals.

Later the spirals where placed in a Medicine Wheel and connected to Animals (Eagle, Bull). The same animals appear in the Medieval Cathedrals but now they are related to the Apostles. Even the medicine wheel (a labyrinth) can be found there.

If you walk this wheel in the Cathedral it will point you to all the important stories that are told. Just like the Medicine Wheel the Cathedrals (build by the (Free) Masons) where an educational tool to tell about the Spiral of Life. Suddenly I saw the big picture.

Every step in the Cycle was nothing but a new way to show the “same thing” again and again. The spiralling spiral came back all the time but on a different level.

What happened around 550 BC?

At that time an Innovation in Religion came into the World. This innovation can be summarized by the famous statement of Socrate Know Thyself. The same statement can be found in the Gospel of Thomas and is also the central theme of the teachings of the Buddha. The Gospel of Thomas is a part of the Dead Sea Scrolls, a Gnostic Library of the Essenes, dated 50 BC.

Boeddha became an Inspiration in the East. Socrate and Jezus were killed. From that time on an enormous amount of people were killed in the West when they wanted to Know Themselves, find the Whole in their Inner World.

They could not experience the Roman Religion through A System. Know Thyself was a huge threat to the Rulers of Western Civilization. Constantine simply took over Christianity to preserve the power and made it into a Roman System. A system of Laws to Obey. He practiced the old Roman trick of Divide and Conquer to save his Empire.

Between 1450 and 1700, the Renaissance, the tides started to turn. It took another 250 years (1950) before the people in Europe started to find their own Identity again. We are now in the Stage of Individuality of the Cycle and are slowly entering the state of Empathy. It shows itself in the many attempts to create Networks (Communities). The Internet is one of the major Western technological inventions to support this.

The Cycle of The Earth is almost at The Breaking Point. According to many environmental scientists we will soon experience a very fast Reorganization on the Level of Earth. The long term cycle of Earth is restoring itself.

Not only Earth will restore itself. The original Spirituality of the civilization of MU, will be restored. An ancient Bhuddist prophesy speaks of the darkest hour of the Dark Age, when the rivers of materialism burst their banks, and plague, famine, greed and warefare beset desperate people everywhere.

That Dark Age will soon end and the new Golden Age will appear. Many living buddhas are now here to bring the precious healing Dharma to anyone ready to receive it.