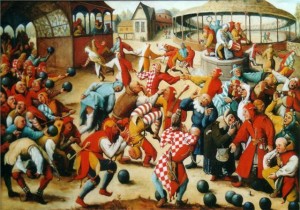 During the so called E-Commerce Bubble allmost everybody believed that when you sell something on the Internet you will become an instant multi-biljonair.

I did not believe this at all. The funny thing was that almost nobody believed me. I waited for the Bubble to burst.

To my surprise the E-Commerce Bubble became the biggest bubble I ever experienced. At a certain moment I even started to believe I was wrong and something really special was happening, The New Economy.

Later I discovered the reason why the Bubble was able to grow to an extreme proportion. The Long Term Economic Cycle called the Kondratieff-Cycle was at that time in an UP-mode. The Economy was expanding and many people were looking for a nice investment opportunity.

When the Bubble exploded the Kondratieff was moving Down and the Exploding Bubble excellarated the downfall.The Kondratieff will start to rise again around 2020. Until that time we will be in a state of Recession.

The people that promoted E-Commerce believed that Commerce was all about Communication. Just Tell Everybody You are There and Business will Come. But When Everybody is telling Everybody that they are selling Something Nobody will Find you. To find you they have to know what they are looking for. People used a search-engine to find what they were looking for.

At that time we believed the only type of company that would benifit from E-Commerce was a Mail-Order Company. Amazon.COM was our favorite example.

I knew that the Old Companies were unable to create a Website with a connection to the Back Office. Their Legacy Systems would block them.

I reseached Logistics, Languages, Legal and Fiscal Issues and the big Cultural differerences between the many Countries in the World you could reach with one simple Website.I found out that there are a lot of questions you could ask about Commerce that many people never asked because Normal Commerce was “Just Happening”. We are immersed in Commerce and take many things for granted.

I got in contact with people in the US that where doing the same research. We decided to create a European CommerceNet. The EG asked me to participate in a big effort to solve the problems of SME’s in E-Commerce. We identified many issues that had be resolved. 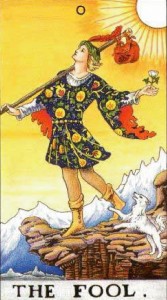 Economic Bubbles are happening all the time. The simplest explanation for the appearance of a Bubble is The Bigger Fool Theory. When you buy something and your investment becomes questionable you believe you will always find a “a bigger fool” who pays the price of your life. Humans are positive thinkers. They believe they will always make a profit.

The bigger fool theory is an example of a positive feedback mechanism. Everybody feels things will go up. If this happens they want to become part of the tremendous success. What many people don’t realize is that positive feedback has to be compensated by a negative feedback.

Everything in the Universe is expanding and contracting. People who are entering in the beginning of the rise make a lot of money. People that join when the decline starts lose everything. A Bubble is a very complicated, unbalanced, unfair and sometimes even fraudulent exchange-mechanism. A fraudulent exchange mechanism is called a Pyramid-scheme or a Ponzi-Scheme. A Bubble is a Ponzi-Scheme where nobody is playing Mr.Ponzi.

In the E-Commerce Bubble many people used the Ponzi-Scheme to make a lot of money. I don’t want to offend my collegueas but I am convinced many financial advisors knew the Bubble would burst some day and did not tell this to the people they were advising. They did not tell the truth for many reasons.

They were completely ignorent about the technology and the effect of the technology on companies but the most important reason was sadly enough the fact that they were making a lot of money themselves. They became greedy. Greed is the Fatal Attractor behind all the Ponzi-schemes.

Economic Theorists proved that the Ponzi-Scheme can also be applied to other areas of our society like The Housing Market and the Government Pension System. All of them will finally end in a Bursting Bubble. The people that will win are always first users. The Housing Market Bubble is already exploding, The Pension Bubble is on its way.

About Entrainment and Bubbles