Our skin, the sea, rivers and mountains are natural boundaries. They are just there.

The sexes, borders, the social classes, age, color of the skin and educational levels are Imaginary Boundaries.

They move in Space and Time.

They exist because Humans believe they exist. Boundaries are often created to Protect a Territory from an Outside Enemy.

When you want to create a Territory you have to Split a Whole and Surround the Piece of the Whole you want to Protect.  When you are Self-Sufficient you don’t need the Outside. The Fence becomes a complete Closure.

When you have to cooperate with the Outsiders you need a Hole, a Gate, in the Boundary.  The Gate is the most vulnerable part of the protective Wall. To avoid big trouble you have to Protect the Gate. 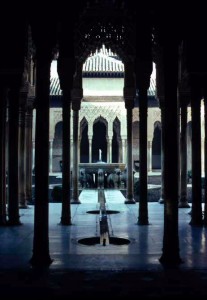 The Romans Emperors went even further to create and support “in-dependent” States that surrounded the Empire outside of its Frontier. The most impressive example of a protective system of Walls within Walls is the Chinese Wall.

When you are Outside the protective boundary you to have take care of yourself. To do this you need a Portable Personal Boundary (an Armour).

Of course the best way to solve your problem is to find help, create a new distinction (The Outsiders) and organize your own territory.

You can even do this when you are part of the territory of the Others by creating an Imaginary Boundary, a Culture. If you keep quiet “they” will accept you until you become a Threat. At that time comes you are caught within the Walls. A Protective Wall can suddenly turn into an Offensive Wall when you want to get out.

A Boundary is named a Set in Mathematics and a Container in Linguistics. When we cut a Set in two pieces (Sub-sets), the Boundary is shared. The boundary belongs to both sub-sets and therefore shares the properties of both Sets. When you split a Whole (1) in two parts four parts are created: the distinction, two parts and the Whole.

Two Bodies don’t share a boundary. Even when the Bodies are in close contact there is something in-between, the Skin. When the two bodies are in love, they are trying to find the closest contact that is possible.

Solid entities are unable to share a boundary. The best they can do is to create a close contact. Solid entities are their boundary. Your Body is what You are. Fluids and Gasses adjust to their Boundary.  In a fluid and a gas we are still able to detect distinct entities (molecules). 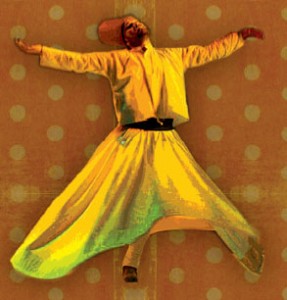 If we look at the history of the splitting process it looks like the wholes were splitted without any reason. It just happened. When we analyze the process a pattern emerges. This pattern is cyclic, leveled and self-referential. The process is almost invisible because every word (or name) we utter directs attention and carves out a portion of the world, a Boundary.

When we stop talking and erase the many imaginary named boundaries things become very clear. The world becomes just what it is.

When we use mathematics (no words, only symbols), things become much simpler (or more difficult for You).

Spencer Brown (About the Law of Forms) created a new Fundamental Mathematical Theory called Boundary Mathematics. In this theory he uses two concepts Empty Space, the Void, Non-Existence, and Boundaries or Distinctions. Boundaries are the result of a merger of boundaries or are created by splitting a higher level boundary. 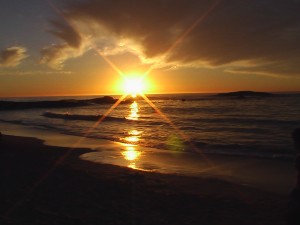 When you want to leave the rotating Cycle (Torus) of everyday Life and move into a higher dimension (more possibilities, more perspectives), you have to Twist Yourself and Merge with Yourself. You Twist when you Cross the Cycle of Life and Enter the Cycle of Death. You Merge with Yourself when you integrate the Inside and the Outside, the Up and the Down, the Male and the Female. 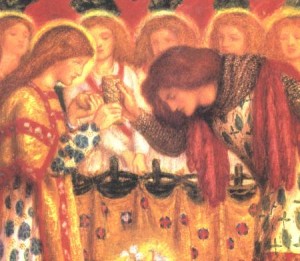 In the beginning was the Void. If was full of Potential, Closed in itself, Totally Aware, Nameless, just a Boundary. The first split was the creation of the split. The Split immediately created its complement, The Merge because the Void is the Union of Complements. The next split created the Inside and the Outside.

The Void retreated in the Outside, the Darkness of Darkness, and gave the Inside, the Protected Boundary, permission to split again and again and again knowing that it would finally return to the Outside. The Splitting and Merging (Communion) of a Boundary and the movement of the Protected Inside (Agency) to the Dark Outside are all part of one movement, the final return to the Void.

The Tao that can be told

is not the eternal Tao

The name that can be named

is not the eternal Name.

The unnamable is the eternally real.

Naming is the origin

of all particular things.

Free from desire, you realize the mystery.

Caught in desire, you see only the manifestations.

Yet mystery and manifestations

arise from the same source.

This source is called darkness.

The gateway to all understanding. 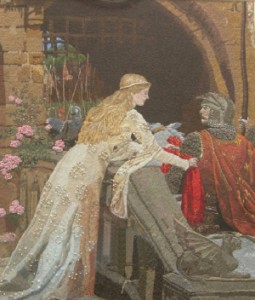 You are protected by a personal boundary, Your Personality. The personality behaves in the same way as other Boundaries. You, Your Consciousness, is able to Commune (Split and Merge), move to the Inside (You) and the Outside (the Other).

When you Protect the Inside with an Armour you will always be Alone. To communicate you have to create a Hole, A Gate. You often look through this tiny Hole into the Dark Outside World hoping someone is there to help You.

What You don’t realize is that The One is always waiting in the Darkness of the Darkness to open the Gate to the Void that contains the Infinite Potential, that is You.

Why an Event is not a Collision

About The Law of Forms and Mysticism