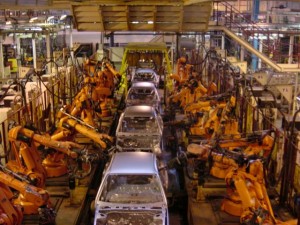 One of the most important causes of the current economic crisis is Rationalism.

Rationalists believe that the Imagination, the Emotions and the Consciousness are controlled by the Brain.

The Human Being is seen as a “walking head“.

The Roots of Rationalism can be found in the Enlightment.

The Scientists and Philosophers of the Enlightment were obsessed by objectivity and perfection. In their view, Objectivity and Perfection can only be accomplished by controlling the subjective parts, the Emotions and the Imagination of the Human Being.

The subjective parts are part of the Body and the Body is Impulsive and Illusionary. The Warm Chaotic Sensual Body detracts the Cold Analytic Brain.

The Rationalists put the Brains at the Top of the Hierarchy of the Corporations and the Brain in the Operating System of the Computer. They eliminated the Craftsman and the Laborers and replaced them with the Perfect always Obedient Objective Human, the Robot. 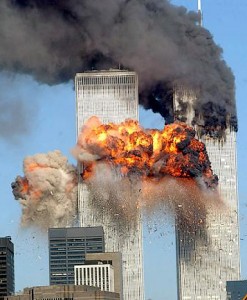 The effect of Rationalization is tremendous. An enormous Amount of Work has been rationalized and this development is not at its end.

Rationalism is turning every local diversity into a global monoculture. Everything can be Quantified and Everything, even Life itself, can be Engineered (Bio-Engineering).

The Big Problems Earth is facing can be solved by new Technology and Enough Capital to Invest. It is just a matter of Time and the totally Engineered World will be a Fact of Life. If Earth cannot be saved we will simply move into Space and find another Place to Live.

When everything is the Same only the Price or better the possible Profit determinates the Value of an Object. This starts a downward cycle where every process is optimized. Only the costs count.

Rationalization enforces Rationalization until every Human Being is removed out of the Production and Sales Chain. The Robots, Articial Intellligence, will Rule the Earth.

When this process has reached its end a very high percentage of the Human Beings will be out of Work and when you are out of Work you are not able to buy Products. Rationalisation destroys its own market.

In the next step, The Social Economy was created. Every Act of Care has to be paid. If the Social Economy is at his end the Brains will certainly create new artificial jobs to Keep the Humans out of Paradise. We have to keep on suffering for the betrayal of Eve. 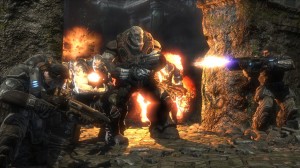 When the amount of “un-employed” reaches a limit these solution have to be replaced by more advanced manipulative instruments (E/M-Fields, Advanced NLP, Mind Control). These instruments are already developed and tested.

When the Economy is going down many people get into trouble. When they look around they will see that some people are always making a lot of money. They are the Brains at the Top who understand what is happening.

They don’t want everybody to understand that they are the “cause of all evil”. The most important thing they have to prevent is a Revolution, a Rising of the Masses against the Manipulators. The best way to prevent a Revolution are the old Roman tricks “divide and rule” and “bread and games”.

As long as the Masses are Eating, kept Busy with Innocent entertainment (Games, Sports, Movies) and the real causes of the crisis are hidden they will use their agression against something else (The Terrorists, The Evil Countries, The Muslims, ….). The Mass Media are the part of the Economic System that have to take care of this.

If Customers don’t want to buy the Products the Corporations have to pay the Customers to buy the products to keep their systems running. Companies like Google are already paying their Customers to Sell the Products of the Producers that are paying for the services of Google. To attract customers Google is giving away many services For Free.

When Customers get their services for free they will not buy the services from the producers that wanted to be payed for their services. This  again leads to a downward spiral with a tremendous focus on cost reduction, efficiency and rationalization. 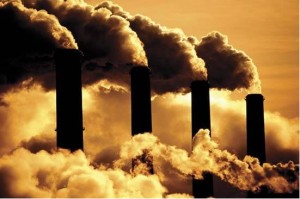 The only way to survive is to merge and become the “leader of the global pack“, the Monopolist. At this moment we are in the end game of the Global dominance of a few Big Corporations. The most important factor is and will be the Control over the Mass Media.

The “for free“-economy is the perfect example of a Ponzi-scheme.

In a Ponzi-scheme (or chain-letter) the initiator makes the profit and the innocent crowd,  the fools,  who believe in the scheme lose all his money.

The “new” economy consists of a complex network of Ponzi-schemes. At this moment many of these schemes are in their end-phase. The initiators are extremely rich or are taken into court. The fools,  have lost almost all their savings and their confidence in the “new” and the “old” economy has totally disappeared. It will be very difficult to prevent a Revolution.

The current Global Economic Monoculture consists of highly predictable integrated value-chains in which every part is extremely specialized.

When one of the part of the chain fails (e.g. the Banking System), the complete chain fails.

When one part of the chain (e.g the Customer) is not performing according to the predictions, the whole chain slows down and finally stops.

When the Individual Rational Customer turns into an Chaotic Impulsive Emotional Collective the System Collapses.

The Rational Arguments of the Brains at the Top are not sufficient to convince the Customers to start buying again. They just want to find a secure place to wait until the Perfect Storm of the Economy has stopped.

There is only one solution to this problem. 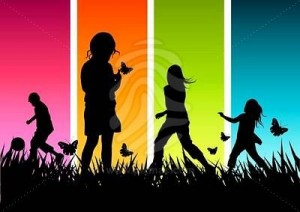 We have to Disconnect and Start All Over Again.

Without You they are nothing.

Become your own Manager.

Do your own Research.

Give advice for free.

Help the others so they will help you.

Grow your own food.

Produce your own Energy.

Create your own currency.

Use Your own Imagination Again.

About the Industrial Revolution

About the Calvinistic Work Ethic