Saturn was identified with Osiris in Egypt and Shiva in India.  The Babylonians, the founders of Astronomy, called Saturn the “Light of Heaven, the Sun-God Shamash (or Šamaš).

Tacitus records the Jews as worshipping the planet Saturn, Shabbatai,  as their god. In Plato’s Timaeus, the word for the planet Saturn is Helios, the “Sun” god. Popular Greek traditions identified Saturn as Kronos (Father Time). At that time Saturn ruled “over the Pole“.

The Pole was seen as the Entrance to the Other World. The Shaman using his Light Body had to Climb Jacobs Ladder to get there. 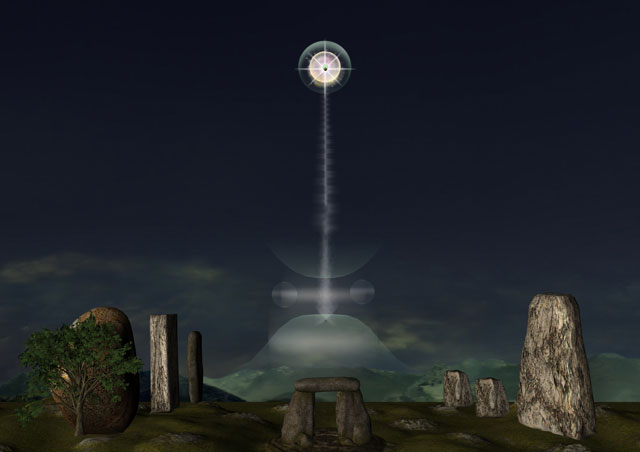 In Sankrit, Suryaputrah,  “Son of the Sun”  is the name for the planet Saturn. The Medieval Alchemists called Saturn the “Best Sun”.

The Kabbalah divides the Universe  into Ten Spheres, or Sephiroth, which have Planetary and other Correspondences. The Sphere of Saturn is known as Binah (“Understanding“) and the terrestrial sphere, known as Malkuth, is said to have its foundation in Binah.

Long ago Saturn exercised the supreme power on Earth, his reign being remembered as the Golden Age, his time revered, a time which Man longed to return to. At this moment the Cycle is  ruled by Kali. The Mother Goddess Kali represents the Moon in Saturn.

Semitic civilizations referred to the god Saturn as “El”. El was the source of the Great Flood. El was represented by a Black Cube. The Kaaba (“the Cube of Space”) is a cube-shaped building in Mecca, Saudi Arabia, and is the most sacred site in Islam. The building predates Islam, and, according to Islamic tradition, the first building at the site was built by Abraham.

In Ancient History the World was ruled by the Female and  the Mother Goddess. The Vulva or the Yoni (Circle), of the Ancient Mother Goddess was always combined with a Black Stone (with a Point), the Symbol of the Phallus (Lingham) of the Male Creator. The God and the Godddess created the Universe in a short moment of Extreme Extacy.

The Pelgrims have to encircle the Black Stone of El Seven Times just like the Rings of Saturn encircle the Center.

About the Number Seven

The Blog “About the Sum of Things” is about the so called Seal of Saturn and the related 3×3 Magic Square of Saturn also called the Lo Shu in China.

In the Blog it is shown that the 3×3 Magic Square generates Two Cyclic Systems. One System, the Wheel of Karma  is a Fractal Torus and is related to the Expansion and Compression of the Universe and the number 2. The Fractal Torus contains Seven Levels associated with the Chakra’s, the Seven Heavens, The Seven Tones and the Seven Colors. The Tower of Bable and the Egyptian Pyramids are a Simulator of the Torus.

The other is a Cyclic Vortex System, the Cycle of Death, related to the number 3 and the Triangel.

The Number Seven is the Repeating Factor of the Torus System. After Seven Steps a new Fractal Level of the Expansion/Compression-Cycle is reached. On the Seventh Day a new Stage in the Creation Process of our Universe is started.

The Torus looks like a Yoni and as you can see the Lingham of Shiva is Inside the Torus. This is the reason why Saturn is associated with Binah and Shakti, the Female Part of Shiva. It also explains why Saturn is related to Fertility.

The Sequence of the Trinity (A-U-M) controls the Creation/Destruction-Cycle of our Universe.  This is the Cycle of Shiva, the Creator and Destructor.

Shiva and Shakti are the Circle (Torus, Yoni) and the Lingham (the Point, Singularity, Lingham). They are the 0 (or the 9) and the 1.

The only thing you need to Create our Universe is de Tao (0), the One, the Two and the Three and they will Generate Everything.

Why is Saturn the Son of the Sun?

There are two explanations. The first one is a Physical Explanation related to Plasma Physics. In the stage of the Golden Age our Solar System contained only Three Planets and Saturn was the Best Sun. Plasma Physics is able to explain many ancient Symbols.

Most of the Souls are not aware of Cycling Cycle of the Fractal Torus of the Number Two of Duality,  the Wheel of Karma. They stay in the same Place and Their reincarnations are a Merry Go Round.

Some Souls move around the Torus and experience many experiences in the Seven Universus.

All of them are Kept in de Rotating Matrix of the Demiurg.

If you really want to be Free you have move out of Duality into the Cycle of the Divine Trinity (Shiva).

When you want to leave the Rotating Cycle (Torus) of everyday Life and move into a higher dimension (more possibilities, more perspectives), you have to Twist Yourself and Merge with Yourself.

You Twist when you Cross the Cycle of Life and Enter the Cycle of Death of the Trinity. When you join this Cycle you leave the Seven Heavens and move to the Void in the Middle of the Death Cycle.

You Merge with Yourself when you integrate the Inside and the Outside, the Up and the Down, the Male and the Female. 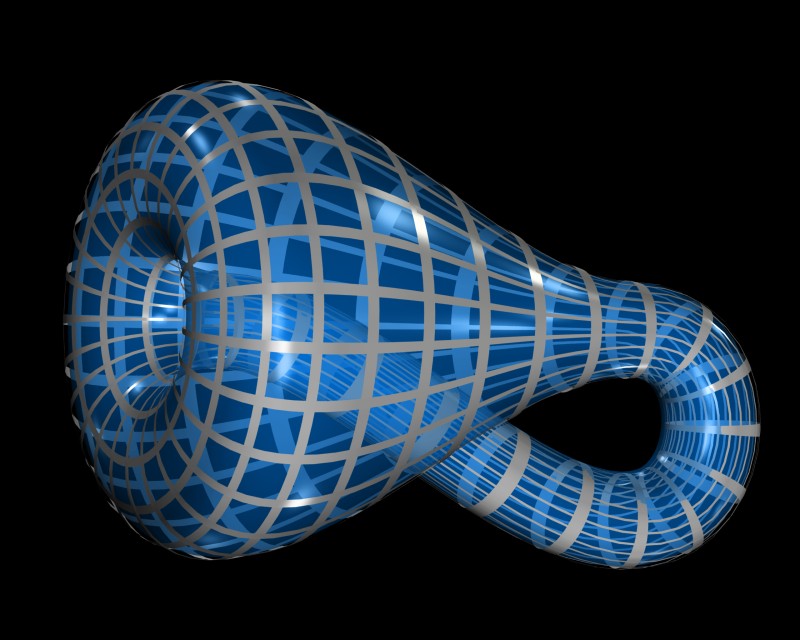 About the Sum of Things

About the Cube of Space

About the Myth of Saturn

About the Mother Goddess

About the Dance of Shiva

About Saturn and the Sun

About the Seven Heavens

About the Great Flood

About the Golden Age of Saturn

About the Torus and the Vortex

About the Twisted Universe

About the Polar Myth

The Lo Shu is a Chinese Model for Time and was used to design Cities, Temples, Cycles and Calendars.

The Lo Shu is a 3×3 Magic Square created by Fu Xi, the Founder of Chinese Civilization. Fu Xi lived around the time of the Great Flood.

The Magic Square was carried by a Turtle. The Turtle is the symbol of the Constellation Orion. Many Ancient Cultures claim that our Ancestors came from this constellation. The Square of Lo Shu is also referred to as the Magic Square of Saturn or Chronos (Time).

According to Chinese Creation Myth  the world started with 無極 (wuji: nothingness), the Tao. Out of the Tao, the Egg of the Zero (0) and the Supreme Pure One (1) emerged. In the next step the Trinity (3), the Three Pure Ones, was created.

The Even Numbers are situated at the Corners of the Square.

The sequence 1,2,4,8, 1, 3,6,9, 27 is called the Tetrad of the Pythagorians and was, according to Plato, used by the Demiurg, the Creator of our Universe, to create the Soul. The Soul is a mixture of the Same (1), the Different (2), and Existence (3). The Tetrad was used to define the Harmony of the Spheres.

When you connect the numbers of the Lo Shu a pattern appears that is called the Seal of Saturn or the Dance of Yu.

The Nine is the most important Number in the Magic Square. The Nine comes back in many ancient mythologies like the Egyptian Pesedjet and the Greek Ennead.

When you add the separate numbers of a number (54 = 5+ 4 = 9) the result is the Remainder when you divide the number by 9.  This number is called the Modulo 9 number.

The Expansion and Compression Pattern shows that the same pattern repeats itself when the Magic Square is expanded or compressed Six (6) Times. The 7th Step is the Same as the First Step.

If we combine the Expansion and Compression patterns a Torus (a Rotating Circle, The Wheel of Time) appears. The Zero (the Void) is in the Center and Contains the Vortex. The Vortex represents another Cycle (Black/White Hole, 3,6,9, the Wheel of Order) in which every structure/pattern is destroyed to start All Over Again.

If we subtract the numbers in the Square by the number of the Center, 5, a highly Symmetric Pattern emerges. This pattern shows that there are Two Mirror Universes both containing four Forces.

When we transform this pattern from Modulus 9 to Modulus 3 (the Trinity) we see that the number 4 equals 1 and represents a new beginning of the Cycle.

The Cyclic Pattern of + and – represents the Prisoners Dilemma that is solved by the Strategy of Tit for Tat. This strategy is applied by the Trickster, the God of Paradox, a concept of God in which God creates games that create games.

When you use the basic Addition and Multiplcation Rules of the Magic Square many important numbers and patterns  appear that are related to Ancient Calenders, Symbols and Cycles.

About the Sum of Things

Soon after this discovery I found out the Lo Shu is related to the Trinity and the Bronze Mean which is an abstraction of the Fibonacci Sequence. The Bronze Mean generates the Sri Yantra and so called Quasi Crystals. Quasi Crystals explain Acupuncture.

A few weeks ago I started a discussion with Kim Veltman. Kim Veltman is the director of the Maastricht McLuhan Institute. He is researching Ancient Architecture and wrote a very interesting document called “Alphabets, Elements and Cosmologies”.

Ancient Alphabets are related to Numbers and Tones so Ancient Texts also represent Numerical Patterns and Music. You want be surprised to read that the Lo Shu showed itself in every Text Kim Veltman has analysed.

His document started a new inquiry into the pattern of the Lo Shu. During this research I detected the book “the Sum of Things” by Paul Martyn-Smith. Paul Martin-Smith worked together with Lee Burton.

This blog contains just a litte bit of the tremendous amount of information Paul Martin-Smith & Lee Burton have found about the essence of the I Tjing which is contained in just one simple 3×3 Magic Square.

If you want to know more the only thing you can do is to buy this book and start reading.

About the Book “the Sum of Things” (Free Download)

About the I Tjing

The Calculations  behind the Number of Things

The Relationship between the Lo Shu and the I Tjing

About the Lo Shu Torus

About Saturn, the Son of the Sun

How to construct Magic Squares out of Binary Squares (Magic Carpets)

The Sistine Chapel (Rome) and the Seal of Saturn

About the Relationship between the Lo Shu and Music

About the History of the Lo Shu

About the Relationship between the Lo Shu and Chinese Alchemy

About the Great Flood

About the Orion Myth

About Plato, Pythagoras and the Lo Shu

About the Heart Chakra

About the Lo Shu Magic Square and the Chinese Domino Game

About the Mirror Universe

About Tit for Tat

About the Prisoners Dilemma

About the Bronze Mean

About the Sheng Cycle

Everything You want to Know about Sacred Geometry

About the Influence of the Lo Shu on Recent Art