The theory of  the Wisdom of the Crowd supposes that it is possible to create collective wisdom out of the combination of the wisdom of many disconnected independent intelligent (wise) individuals.

This theory has nothing to do with a Crowd. As you will see Crowds are not intelligent. Crowds are groups of people that are totally synchronized and act out of their collective emotions.

When people talk they move into a state of entrainment within a few seconds. The reason is the dialogue itself. If focuses the participants on the same issue.

When many people focus their attention at the same subject  (television, movie, music, soccer match, a ritual, ..) the same effect happens. Individuals in a crowd become the crowd.

When many individuals  are not focused on a shared goal they will never become a crowd. In this case every individual will go his own way looking for a “real” crowd.

Human beings want to be part of a crowd because a crowd is one of the most effective ways to generate a lot of personal energy.

Most people, the generators,  are energy producers. Some people are energy consumers. Extraverts take their energy out of the crowd. Introverts accumulate energy when they are alone and relaxed. It is not easy to entrain introverts. 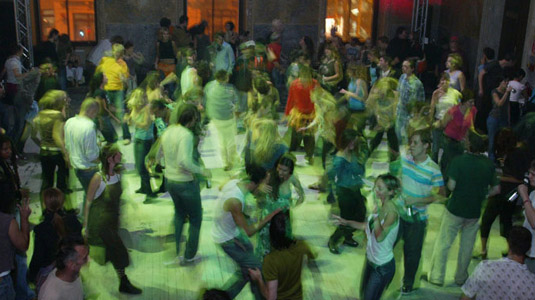 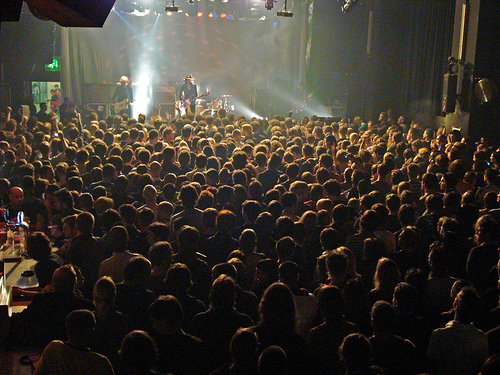 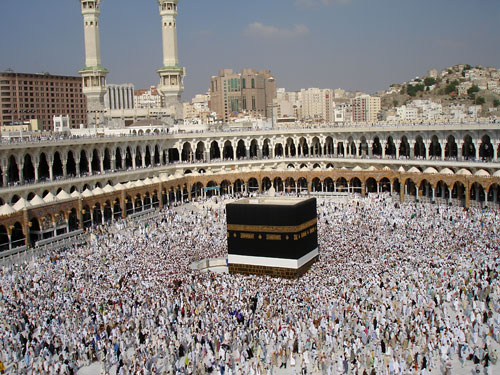 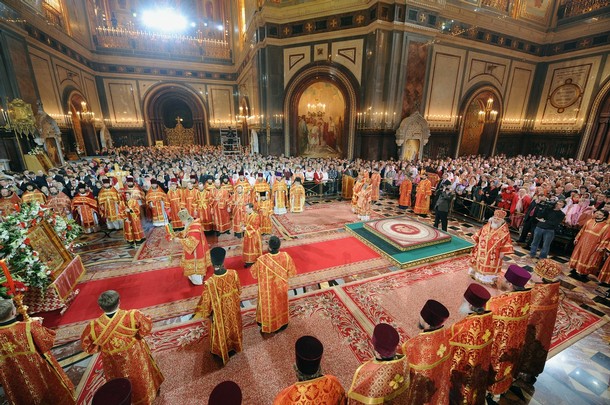 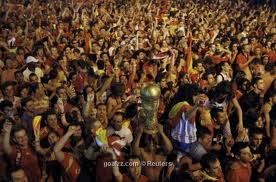 Why Crowds give Energy

Entrainment or Trance is a state of the body in which the Left and Right Brain are synchronized. When this happens the Human becomes his Emotions.

Sociologist Randall Collins has called this interactive rhythmic entrainment the “hum of solidarity“.

As in an empassioned conversation, the synchrony of our rhythms forms an inaudibly low frequency, we hum. If you record such a conversation and speed up the recording a few octaves, you will hear it. Laughing together is a perfect example, often showing rapid synchronization.

Ritual practices (meals, parties, etc) help sustain these moments of solidarity over time. The local energy exchange is a fine-grained flow of micro-events that build up in patterns of split seconds and ebb away in longer periods of minutes, hours, days.

These local interactions combine, giving rise to another form at a ‘higher’ degree, a social emotion. Emotional energy is defined by Randall Collins as a feeling of confidence, elation, strength, enthusiasm, and initiative in taking action. And it is the giving and recieving of emotional energy that keeps a practice, an idea, a fad, a tune, and a people going.

Shamans and cultural leaders have known this for centuries and used rhythmic or emotional entrainment to heal, commune with, or even to brainwash and destroy one another.

The role of rhythm in trance music is largely in synchronizing an individual’s internal rhythms (heart rate, respiratory rate, blood flow, neural potentials) with those of others. And this is done by using a swift, loud, clear rhythm to drive everyone.

When people synchronize they experience a rise of their energy-level and this energy-level persists for about a week. That is why spiritual rituals are repeated every week on a Sun-day, the day of the Energy of the Center. 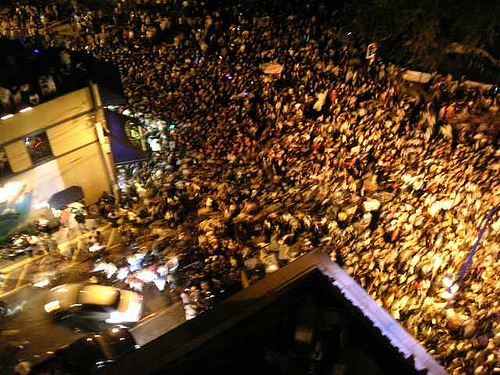 How to control Moving Masses

Events that create a huge amount of emotional energy like concerts and soccer-matches attract huge amount of people. There have been many incidents where the movement of the entrained crowds has created many casualties.

People in crowds obey just two rules. Copy the other and keep a certain distance to the other.

At that moment the crowd starts to move on its own. The “leader“, the first person in the crowd,  becomes a very important person. When the “leader of the crowd” does not know what to do, the crowd will start to behave in a chaotic way. Experiments show that about 5% of the people in a crowd are “leading’ the crowd.

When you want to control a crowd you have to control the people that are in front of the crowd.

When you want to control a moving crowd you have to create a structure that guides the crowd (“way-finding”).  One of the most important mistakes is to create a bottleneck in this structure.

When the crowd moves into this bottleneck it will slow down the speed of the crowd and the distance between the members of the crowd will decrease until the crowd will stop at a certain point creating a “traffic jam”.  At that point people will be crushed.

When people participate in a crowd the Emotions of the crowd become dominant. When the crowd is attacked or is unable to find its way,  the negative Primary Emotions appear.

When the flow of the crowd is disturbed somewhere and the collective moves into the state of panic the bottleneck will certainly kill or injure many people. 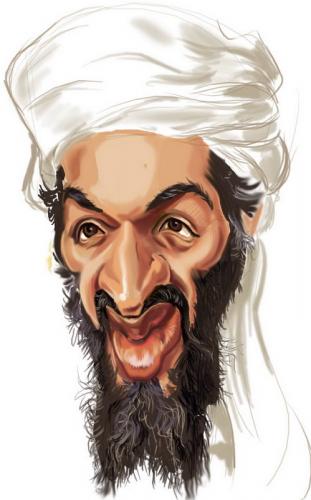 How to manipulate the Masses

The predictable behavior of a crowd has been known for a very long time. This knowledge was used by intelligent “dictators” who wanted to use the masses for their own aim. Good examples are of course Hilter and Goering, his communications manager.

When they tried to move the masses, the mass media were in their infancy. At this moment it is possible to reach millions of people with ease. The “leaders” of this moment know that they have to behave and talk in a certain way to entrain their followers.

The big problem is that crowds are unable to think so they have to simplify their message and emphasize certain “mantra’s“. The effect of their behavior is that the world becomes very simple.

The most effective way to influence the Crowd is to divide the Crowd into two parts, the In-Crowd (“we’) and the Out-Crowd (“not-we”) and to project everything that is wrong on the Out-Crowd. Hitler used the Jews but at this moment the Muslims are the most used “Out-Crowd”.

There is nothing wrong when Leaders use the Psychology of the Masses to move the Masses. The masses, the Sheep,  need a leader, the Shepherd. Without a leader they start to drift and will never reach the Promised Land.

When Leaders misuse innocent people of the Out-Crowd to increase their own power there is something terribly wrong.  These Leaders are criminals and should be treated this way.

About the Good and the Evil

About the Fascist State

About the Left and Right Brain

How crowds behave in a public place

A Scientific paper about Entrainment and Religion