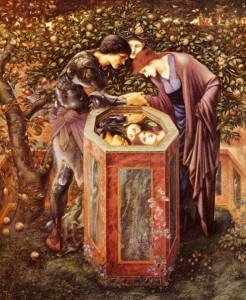 Metaphysics is a theory of being in itself, of the essence of things, of the fundamental principles of existence and reality.

A major part of Metaphysics is concerned with the Static Part of the Reality, Being (Ontos, Ontology). The main issues of Metaphysics can be simply derived by playing with the verb to-be.

Behind Ontology (Being) is the verb to Be. The noun Being is-a-State-of to Be. When we take the first-derative, the difference of Being, Being becomes Becoming.

A solution is to Imagine an Ultimate Being (The Absolute) who changed his Being into Becoming. This Absolute Being is the One. The change from the Static to the Dynamic is called Creation.

The distinction between Being and Becoming has resulted in a major Fight on every Scientific Battleground we can imagine.

Let’s have a short look at Information Technology.

When we dig a little deeper into this subject we see that A Program (something written in a Programming Language) is a Static (Stored) Representation of a Process. When the Computer Executes a Program it Becomes a Process.

So the Dynamic is Stored in the Static and the Static becomes Dynamic because something called a Computer (An Actor, the Operating System) activates the Static. Interesting Enough the Computer is also a Program that is stored in itself. The basic part of the Computer is the Clock. The Clock generates a Rhythm.

So the Static is really a Dynamic and the Essence (The Metaphysics) of the Computer is a Clock, A Rhythm.

I don’t want to dig deeper but I hope you see that the Computer Metaphor is a representation of the idea of “All What Is”.

The interesting point is that in the Reality of the Computer Metaphor there are Many Beings (Monads).

If we dig a little deeper we see that the Many Beings Communicate (by the Internet Protocol). They Unite on a deeper Level and transform into a Network. The Network is What it Is.

To a Human Observer the Network makes no Sense. We are unable to understand the essence (The Metaphysics) of the Network. We understand our Part but don’t see the Whole.

The Whole, the One, is beyond our Understanding. It is Unknowable (“neti neti“, “not this, not that“).

Theory is a Static Representation of the Dynamics of Practice. A Human executes a Theory to perform the Process of Practicing. But Practice is not able to Understand the Whole so When a Practice fails we create a new Theory. Theory is adapted Practice and Practice is applied Theory. Being is adapted Becoming.

Being changes in Time because we are Experiencing (Being (t) = Being (t-1) + Experience). Experience is the Difference of Being is Becoming. The Becoming who is The One is generating Experience.

God is the Experience of God. 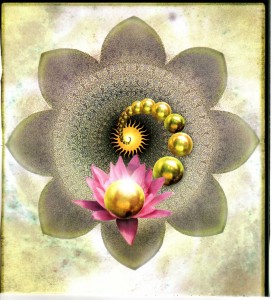 As You see it is possible to create many concepts and theories of Metaphysics just by Playing with the Verb To Be.

There is one more Language Game to Play. If we Play this Game we are entering the World of Deleuze.

Deleuze was fascinated by the Mathematician and Philosopher Leibniz. Leibniz invented a new Mathematical Game called Differentials. When you calculate a differential you calculate the way a function is changing in time.

We are Points of View that are Experiencing a Beautifull Fluent Crystal, a HyperDiamond. Every Point of the Multi Dimensional Diamond is an Event.

We are trying to explain the Beauty of this Crystal to the other Points of View but we are unable to do this because we are only able to see a very small part and we are looking from our own angle.

We will never See the Whole until we are able to become a Circular Point of View, A Communion.

About Events, Time, Being and Becoming in Physics

About Leibniz and Differentials

The Relationship between Events and Free Will

Why the Universe is a Configuration of Nows

About Spinoza, The Philosopher of the Emotion

About the Relationship between Events and Creativity, the Ontology of Deleuze